1700-1900: Enlightenment and the Industrial Revolution

This topic lays the foundation for our modern thinking about the world. From democratic revolutions to the establishment of empires backed by industrial power.
——
What common ground does the seasteading movement share with the “Historic movement of Enlightenment” ?

Do we need banks and state controlled fiat currencies (paypal bitcoin), do we need governments to interfere in our lifes to the extent as they do, do we need states controlling economic activities, is a much broader and direct internet democracy feasible?, what happend with the UN guaranteed right to “no interference” what happend to out privacy rights, why do we NOT have all the technical progress expected to be in place for the 21st century - is redtaping and interference the reason? Where would medic science be if FDA would not interfere as it does. Where would spaceflight be if not run by government agencies. Do we need new frontiers that allow progress outside of “redtaping hell” ? Ist the quest for a “new land of the free” iminent. Can ocean colonization provide a model for space colonies?

Exploring the business of oceanic freedom subdue to nobody2

Humanity growing out of its childhood pants1

The idea of the grounded state falling apart

“Politics is about interfering with other people’s lives without their consent.” – Peter Thiel

“It is up to those in charge to empower …, not rule …” – Richard Branson

“When you start a company, true freedom is at the beginning of things” – Peter Thiel…

…Thiel identifies three possible spaces in which to find that freedom: cyberspace, outer space and the seas…

Once you start to ignore tried & tested ways of doing things, innovation will flow - Richard Branson

The human future is oceanic…

Things that are upcomming:

…ism things” speak, capitalism, communism, autoritarism, are trending to the “trash basket” of history. Their “base reason of existance” the “scale problem of human interaction” and the split “WE against THEM” is quickly eroded by modern technology allowing universal, frontierless, and uncontrolable communication. This leads to cooperation networks transcending frontiers and divisions of all kind .

On a 7 billion habitant planet with weapons of mass destruction at hand for everybody, division, hatry, and processes that lead to those things, has become a luxury that is no longer affordable and threatens survival of all of us. Only the wise and efficient use of ALL resources (including the oceans) in a way consiented by all humans can make survival possible.

Controversal issues need to be solved by vote instead of fight. This makes the issue of “direct vote without manipulation of politics” a key issue for peacekeeping and progress…

Humanity growing out of its childhood pants of political division… - read more here:

| What you should know about me | business coordinates | 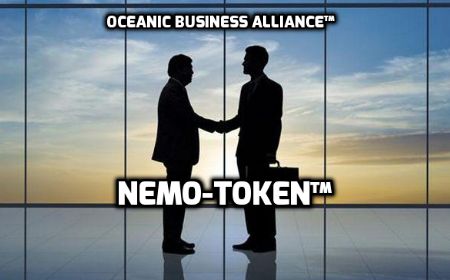